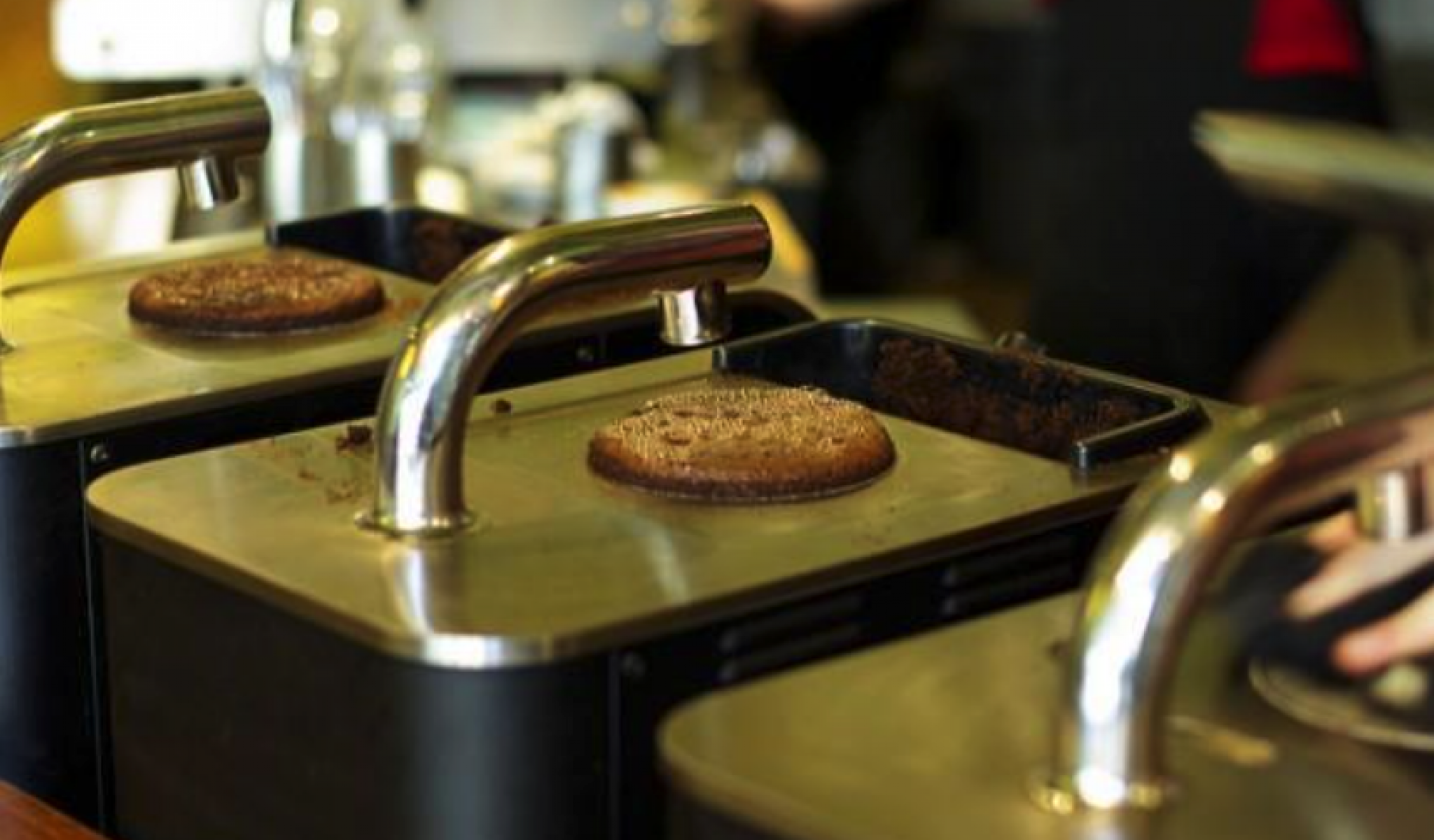 A small number of Starbucks locations has begun experimenting with the Clover coffee machine. The Clover is a one cup coffee brewer that combines methods from French press and vacuum pots to contribute to its preparation. The neat thing about this coffee brewer is that it truly allows for better experimentation with different beans, roasts, and brew strengths.

A company called the Coffee Equipment Company first developed the Clover in 2005 – and Starbucks purchase the company in 2008. The machine features a piston (computer controlled) that holds the loaded coffee, water is then poured in from a fixed tap, the brew is stirred over time, and to finish it off the piston then pushes the grounds through a mesh screen at the top of the machine while a vacuum draws the coffee into a container at the bottom. While this machine pulls techniques from both the French press and the vacuum pot styles, it actually allows for a better consistency and more control over the brewing process: water temperature is maintained precisely and a more even extraction.

There have been concerns as to whether the introduction of this brew machine could put time constraints on already busy baristas, however there has been word of a more automatic machine being worked on to simplify the process even further.

(What the new Clover may look like. Image courtesy of slashgear.com)

The patent application for the modified Clover machine states the following:

The use of the Clover might even save Starbuck’s money in the long run. Currently, using the standard drip brew method, Starbucks’ policy is to throw out unused coffee every 2 hours, however if the Clover took over as the main method of brewing it could idle during slow times with no coffee waste and potentially brew 2 cups per minute when in use.

Cup of Excellence co-founder George Howell has not been impressed as of yet. He tried the Clover coffee at a Starbucks in NY and came back to the New York Times stating that the flavors where interesting, however the cup was underwhelming most likely due to the fact that he felt the beans were over-roasted. We supposed all there is to do is wait and see if Starbucks can perfect this new coffee brewing method.